Since 1981 Karen Faye was Michael Jackson's personal makeup artist and continued with him until 2005. She has worked with photographers such as Jonathan Exley, Herbs Ritts and Dick Zimmerman and film directors such as Martin Scorcese, Nick Brandt and Francis Ford Coppolla. She met Michael Jackson thanks to photographer Dick Zimmerman at the time that he was working on the cover of the Thriller album. Karen says - "He told me that he was going to bring me someone special to put makeup on. Then Michael appeared, who at that time was not famous yet. And I swear he did not catch my attention. What impressed me the most was a little tiger that he had in his arms, with whom he played while putting makeup on. I said 'I love your tiger' and he laughed. When he left, I did not consider what had happened to be very important. But the next day his secretary called me : "Mr. Jackson asks if you could do another job for him: his next video." And I answered: "Sure, sure. Why not?" This second job was during the shooting of the BEAT IT video. Michael was very shy, soft-spoken, funny and kind. The first scene took place in a smelly hotel room on Skid Row in Los Angeles. Cameras, lights, and speakers were crammed into a small space. Michael's position on the scene was first lying down, and then sitting on a bed. He was wearing a cute white T-shirt with what looked like piano keys on it, and red jam bottoms. Then Bob Giraldi ordered him to get up, walk, and then stare at the camera located at the narrow door. Being Michael Jackson an artist requires that I stay close. The space was little for me and I was sitting on a dresser, next to the camera. The lens was on my legs and it was close to touching my nose. Michael nodded, acknowledging that he was ready and understood his marks. Playback started. The music was deafening and the rhythm vibrated throughout the hotel. I would have fallen out of my seat, if there had been room to fall. The shy boy I had known all these months suddenly became someone I had never met before. The way he looked at the camera, the sexy moan, was not the person I knew until then. It became music. This was my first lesson of what a true artist is. I was fascinated by the transformation. How could a person's nature be completely altered? When we talked about it, he explained, "It's not me." He said it was God, who comes through him. From that moment on, we never parted again. Michael was exceptional, a very polite person, very quiet and extremely sweet. Working with Michael gave me the chance to see many other places that I would not know otherwise . People talk about luck or destiny, but whatever it was, it was the luckiest day of my life when this magical man sat in the makeup chair before me. He has taken me on a most incredible journey in total 20 years old. He has contributed in every aspect of my life, above all he has given me his confidence so that I can create . Michael showed me the world, and he taught me a lot, I can't let his death be the end of Michael's ability to give. Michael filled my pockets with so many gifts. I can't sing and dance, but he believed in me and the talent I have brought to his career. Now I must share. After being completely traumatized by my loss .... The loss of the world, it took me a year to figure out one of the greatest lessons it taught me. Share your gifts. So I am here with all of you, to continue the journey that Michael started for me. I don't know exactly what the path is, but I'm sure magic happens when you know what your gift is .... And I know my gift was Michael. »
Karen Faye
Source : https://www.lacortedelreydelpop.com/vestuario5.htm 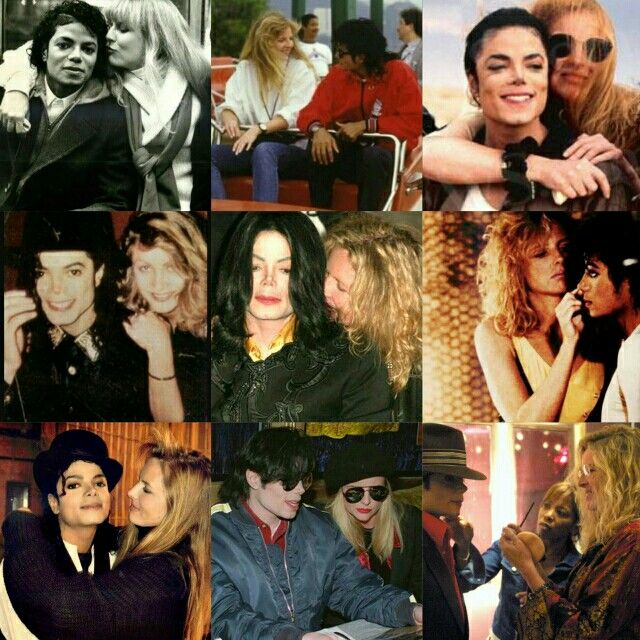